Thuthukile daughter of Jacob Zuma among 7 NYDA board candidates

Cigarette ban: Is it because Government cares?

Police who illegally confiscated a huge amount of alcohol from a popular pub and restaurant in Pretoria has been ordered to return the booze within 48 hours.

The Gauteng High Court in Pretoria handed down the judgment after the owners of Padstal approached the court in a bid to get their liquor returned.

According to the judgment by Judge Colleen Collis, police arrested an employee of Padstal on 15 July for allegedly contravening the Disaster Management Act regulations while the sale of alcohol was still prohibited.

It’s alleged the employee sold or distributed two bottles of brandy to an unknown person. 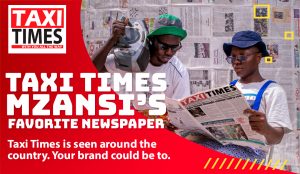 Police foiled the alleged transaction, seizing the two bottles and charging the employee. These charges were still pending.
Police, however, then entered Padstal without a warrant, searched the storeroom situated in the back of the restaurant, and seized the entire liquor stock.

The owners alleged that the stock never formed part of any alleged contravention of any regulations, nor did the public have access to the booze.

According to them, the confiscated stock was not under the control, nor in the possession of the employee and that the two bottles of brandy seized did not form part of the stock in the storeroom.
As police confiscated the alcohol, they also allegedly refused to furnish a detailed list of the liquor that was seized or on which legal grounds the booze was taken.

“Notwithstanding, subsequently, requests directed by the applicants’ attorney to the respondent [police] to account for the whereabouts of the seized goods and the amount of alcohol so seized and for the applicant’s property to be returned, the respondents neglected and has failed to answer to and/or adhere to such requests,” Collis said in her judgment.

Police defended their actions by arguing that the property was seized without a warrant by virtue of the alleged contravention by the employee.

They further argued that they were entitled to confiscate the stock if there were reasonable grounds to be concerned it would be used in the commission or suspected commission of a crime.

Collis found that it was only the two bottles of brandy that should have been seized by police given that the allegation was that the employee was not permitted to sell the two bottles.

She further found that police had failed to explain as to what alleged transgression the owners committed to justify the unlawful seizure and retention of the remainder of their property.

“In addition to this, it is further common cause that, to date, the applicant has not been charged with any offense which will justify the seizure of her property in terms of section 20 (b) of the Criminal Procedure Act.”

Collis declared that the warrantless search and seizure conducted by the police was unlawful and invalid and ordered that the booze be returned to the owners.

The court also ordered that the respondents, the station commander of the Silverton police station, and the national commissioner pay the costs of the application.

Joy as Church celebrates the lift of ban on Alcohol 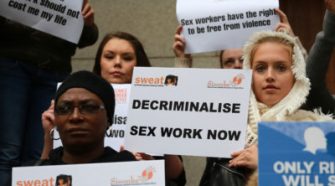