Covid-19: Old Brown Sherry not the cure for Covid-19

Man stabs Girlfriend to death while his mom is watching

Speculation around the video suggests a cheating scandal gone wrong. Though not much detail was shared on the happenings before the video recording which is trending on twitter.

The husband, wearing grey trank suit and nothing on his upper body is visibly enraged by whatever Nomcebo did to him.

Some sensible Tweeps however suggested that it might not have been a cheating scandal gone wrong and maybe Nomcebo passed away and bae was mourning.

Next Malema says "if Senekal creates civil war, so be it" 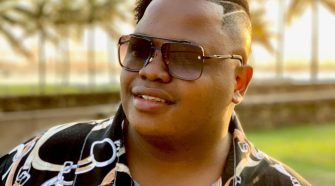