Cigarette ban: Is it because Government cares?

South Africa’s first Satanic Church has now been established in Century City, near Cape Town.  The church has now been registered as an official body sparking widespread concern and outrage.  The SA Satanic Church however said that it hopes to address common misconceptions and misrepresentation in the media.  According to co-founder Adri Norton, Satanism is arguably the most misunderstood religion in South Africa today.  She said that contrary to popular believe, they do not worship the devil.  “Satan as a being does not exist. Rather we revere the satanic archetype in human consciousness. When you take the word ‘satan’ and the literal translation from Hebrew is the ‘opposer, adversary, questioner.” According to Norton, services in the church means coming together for rituals and ceremonies which included rights of passage, people getting married and blessings.  She also stated that members of the church do not drink blood.

“These are things that people see in the movies, but no. We’re also not against Christianity. I think that Christianity might be against us right now but we do not condone or practice any form of harm towards a person or human sacrifice or animal sacrifice.”  Norton did not reveal exactly how large the congregation would be, but did mention that they had 300 registrations in June alone.

Next Satanic Church founder was a sangoma before venturing into satanism

Somizi gives tips on how to get sexxy legs 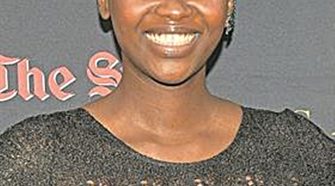