Death toll in Wuhan on the rise again

Clicks has been marred in controversy after it published a racist ad on its website, labelling black hair as dry, frizzy and damaged.

Last week, Gobodo said she had raised a red flag with management a few months ago over the way the company was communicating with black customers.

She said the crisis did not come out of nowhere. Last week, the senior executive responsible for the ad also resigned.
Click’s chairman David Nurek has thanked Gobodo for her valuable insight to the board and the audit and risk committee.

Previous ENTERTAINMENT: Somizi exposed for being a thief

Next NEWS: EFF MPs could face action for Parliament disruptions

Joy for Clicks as High Court rules in their favour, this is what will happen

Julius Malema: Fire the people that are responsible for advert

Clicks CEO: We can’t concede to threats, we have customers and staff to consider 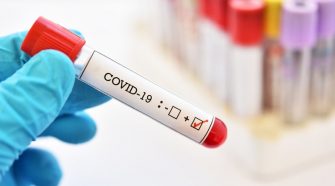