Menzi Ngubane’s Wife speaks out, shares what is really going on

We have lost a unique talent

A deputy principal’s teaching career of 33 years has gone down the drain, after she was fired for insulting a learner about his squinted eye.

Data from Sace showed that verbal abuse, victimisation and harassment made up the second-highest case of unprofessional conduct reported against teachers over the last financial year.
Of the 633 cases reported to Sace during 2018/19, 141 were against teachers who used verbally abusive language in school.
The form of misconduct came second to the 295 reported cases of corporal punishment. Sace, the teaching sector statutory regulators, also received 93 cases of s.e.xual misconduct, rape and indecent assault.

In a new ruling seen by The Star, the Education Labour Relations Council (ELRC) declared Raubenheimer guilty of verbal abuse.

Arbitrator Jacobus du Plessis ruled that evidence before him indicated that Raubenheimer told a learner in 2018: “Jy is a skeelgat en dis hoekom jy so dom is. (You’re squinted, that’s why you’re so dumb).”

The learner, whose one eye is skewed, found the utterances so hurtful that Raubenheimer ended up being charged.

Raubenheimer, a master’s degree holder who earned R42 277 a month as a deputy principal at Pacaltsdorp Senior Secondary, denied insulting the learner.

She accused the principal and a teacher of conniving to have her fired. Raubenheimer told arbitration she got the impression the principal felt she was a threat to his job. She said the squinted eye utterances against the learner were made by the teacher conniving with the principal.

But a variety of contradictions in her testimony and that of her witnesses did her defence little favours.
It also did not help that she was previously sanctioned for making racist remarks. Du Plessis said this implied she has a tendency of making unbecoming remarks.

Raubenheimer was an Afrikaans expert who achieved a pass rate of 100% for the past 10 years.
“Having heard all the evidence I find on a balance of probabilities, that Raubenheimer was guilty of uttering these words to the learner,” said Du Plessis.

“This, I have no doubt impacted the learner negatively to such an extent that he did not even write the June exam and as per the records of attendance, was close to being deregistered as a learner.

“In view of all the circumstances around the substantive fairness of the dismissal, I find that dismissal was an appropriate sanction,” Du Plessis said.

The dismissal of teachers in cases similar to Raubenheimer did not sit well with the SA Democratic Teachers’ Union, said spokesperson Nomusa Cembi.

“Teachers suffer a lot of verbal abuse from learners and they have no avenue to report the matter. Even if they report, the worst learners get are suspensions.

“We can never approve of teachers verbally abusing learners.

“However, it’s sad that they lose their livelihoods while sentences to learners (for the same offence) do little,” Cembi said.

About 2 million learners still not receiving meals at school

Principal allegedly took off grade 12 student’s shorts and panties, then raped her 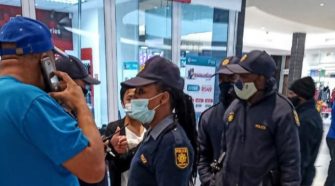