Zodwa Wabantu takes a bath in a river, cleans her

Dlamini-Zuma, NCCC to brief the nation on Monday 13 July

After finishing in third place in the 2019/20 Absa Premiership campaign The Buccaneers, who have welcomed a host of new faces, have begun the streamlining process of their squad.

Mulenga, Mlambo and veteran defender Alfred Ndegane are the most high-profile of the exit list as Josef Zinnbauer looks to build a squad to challenge for the inaugural DStv Premiership campaign.

“Orlando Pirates Football Club can confirm that it has met with the following players and their respective representatives and both parties have agreed to mutually terminate,” read the statement.

“The club would like to thank all the players for their service and wish them the best in their future endeavours.”

Previous Phil Mphela heartbroken over the Passing of His Ex-Boyfriend

Next SABC speaks on Muvhango coming to an end 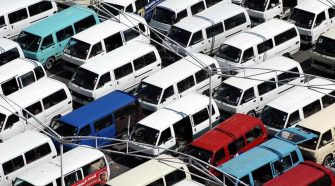