What happened to schools reopening???

Gomora: Mohato is on a mission to take over Mam’ Sonto’s business

“The best option was to dump her”

A 38-year-old suspect is expected to appear in the Klerksdorp Magistrates’ Court on Tuesday, 5 May 2020 for alleged rape of a 15-year-old minor.

It is alleged that the suspect raped the minor between April and August 2019 in Tigane Location, Hartbeesfontein. The matter was subsequently reported to the police on Thursday, 30 April 2020. The suspect was arrested and detained after he handed himself over to the Klerksdorp Family Violence, Child Protection and Sexual Offences Unit (FCS) today. Investigation into the matter continues.

The North West Provincial Commissioner, Lieutenant General Sello Kwena welcomed the arrest and indicated that the police will continue to work hard to ensure that alleged sexual offenders are brought to book to face the full might of the law.

Next We want to exercise more. 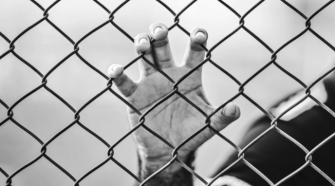 Prisoners were caught on video escaping from Malmesbury Prison