Withdraw your Impuphu at the ATM

No mask, no entry at Chris Hani Crossing Mall

The blockade began at around 12:30 on Tuesday and drivers dispersed not long after speaking to officials.

The SA National Taxi Council (Santaco) said the mass action was also about the use of the Bellville taxi rank, and because taxi operators were changing associations but taking their route permits with them.

The taxis drove side by in a long convoy that spanned several lanes of the highway.

Wayne Dyason of the City of Cape Town’s Law Enforcement division said officials were waiting to hear the reason for the blockade.

It was over quickly, however, and drivers went back to attend to their evening commutes. As of 15:00, the blockade was cleared.

Santaco public relations officer Gershon Geyer said the blockade comes after tensions at the Bellville taxi rank over loading rights as well as the long Cape Town to Paarl route.

Cata-affiliated taxi organisations had the permit for the Paarl to Bellville route, but some left for Codeta, taking their route permits with them.

There are questions over whether this should be allowed.

Tensions had already spilled over into shootings at the Bellville taxi rank in August.

South Africa’s taxi routes are carved out and maintained in tightly guarded agreements between associations and the Department of Transport, and perceived interlopers on established routes are known not to be tolerated.

Geyer said, as a result of the tension, CATA was parking and loading outside the Bellville rank near the fire station as a precaution, and Codeta inside the rank.

However, because the area is usually very busy with pedestrians and vehicles, authorities have been moving the taxis along, leaving them struggling for a place they feel is safe enough to rank until the situation is resolved.

The latest development also comes after the sudden death, after a short illness, of Codeta president Vusumzi Lennox Miselo.

On Monday, Western Cape Transport MEC Bonginkosi Madikizela paid tribute to Miselo, whose experience in the industry dated back to 1991 when he was a taxi driver on the Khayelitsha/Bellville route.

Madikizela said Miselo had been part of the leadership delegation involved in ending the current spate of violence across the province.

Previous MZANSI NEWS: Siya Kolisi reveals how he and his wife Rachel treat each other

Next ENTERTAINMENT: Somizi exposed for being a thief 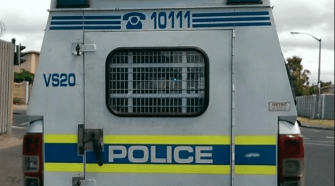