Uzalo’s Tuesday night episode saw Sbonelo’s wedding to Nonka and Sphilile being derailed, as both women came to the realization that their groom was having two weddings on the same day.

Uzalo’s latest episode, which aired on SABC 1 on Tuesday, 14 July 2020, saw Sbonelo’s wedding being delayed by the car hijacking at the church. The delay caused for Sphilile’s family to walk into Sbonelo and Nonka’s wedding, bringing to light the fact that he was marrying both women on the same day. Devastated by the revelation, Nonka stormed out of the church, leaving Sbonelo to deal with Sphilile. 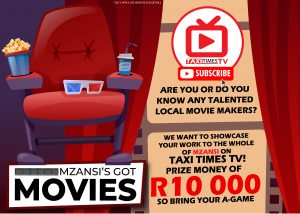 Despite her reservations, Sphilile decided that she still wanted to marry Sbonelo, and committed to being a part of the polygamous marriage. As the wedding commenced, Mazaza entered and explained to Gabisile that Sbonelo has until the end of the week to marry her, or else she would expose all of his past wrongdoings. The episode ended with Njeza furiously attacking Sbonelo for hurting his little sister.

Next Alcohol ban: Roadblocks, ‘stop and search’ operations will increase