Lack of data, devices and the correct infrastructure are some of the stumbling blocks schools in the township areas of Nelson Mandela Bay face when it comes to online learning.

It has been five weeks since basic education minister Angie Motshekga announced the suspension of schools, with the department availing various virtual learning sites for pupils — particularly matrics — to keep up with the school curriculum.

The provincial department of education launched its first virtual learning lessons, focusing on mathematics two weeks ago in an effort to minimise further disruptions caused by the global coronavirus pandemic to the matric curriculum.

However, Walmer High School principal Lunga Dyani said virtual learning was a “serious challenge” for his pupils, as not all pupils had devices that allowed them to access the internet.

“Realistically speaking not all of our children have access to tablets and laptops, let alone a smartphone.

“I have been communicating with some of my colleagues who are also principals in township schools and they agree that it is a heavy mountain to climb because our children — in the first instance — are not from affluent areas.

“They face challenges such as not having electricity and not being in an environment conducive to learning.

“I know my learners very well and it is most beneficial for them to have a teacher standing in front of them.

“We recognise the efforts of the department but, to be honest, I doubt it will enable them,” Dyani said, adding that Walmer High matrics would not be ready for the scheduled exams if they are not moved.

Dyani said teachers at the school had created subject-based WhatsApp groups to keep in touch with pupils, but some of the pupils’ numbers go to voicemail.

“When there are programmes on SABC or on the radio related to the curriculum our teachers notify pupils to tune in.

“But if we are to reopen after the lockdown we as a school are going to have to take means to play catchup and ensure that our pupils will be well prepared,” Dyani said.

Dyani stressed that if the lockdown were to continue even further, children from poverty-stricken areas would suffer the most as his matrics started the year on a very high note but have now lost momentum.

The deputy principal at Douglas Mbopa in Motherwell NU2, Nolutukela Mguca, said while the school had established a way of retrieving information through the curriculum support programme offered by the department of education, they still had a challenge of not every pupil having a smartphone or tablet.

“The teachers have subject-based group chats on WhatsApp and each grade has a class representative who forwards any information received to their peers.

“However, we do receive reports that some of the pupils are not receiving the information because they do not have phones.

“Other pupils have forwarded their parents’ or relatives’ numbers to receive work.

“The lockdown happened unexpectedly and unfortunately we do not have the proper infrastructure and equipment in place.

“We live in a community of haves and have nots, and there are more pupils that fall under the latter,” Mguca said.

Mguca said this was a stressful time for teachers and she was worried about the future of their pupils.

“Each year we get a new group of pupils that face different challenges academically.

“We had things such as autumn school in place and Saturday and Sunday classes, but that extra time is now being missed.”

Department spokesperson Loyiso Pulumani said last week the department had received feedback from schools and the issues had been raised with the department.

“The issue has actually been giving me sleepless nights because it’s true. A principal from Mount Frere who has over 1,300 pupils said two thirds of his kids cannot access the sites.

“So the department has now made the decision to layer our approach and avail lessons on platforms such as television, radio, and newspapers.

“We have already concluded a deal with the SABC to offer lessons from 2.30pm to 3pm, and we are trying to get the 7am to 9am time slot as well.

“We are still finalising partnerships with various institutes that can help us reach our pupils,” Pulumani said, adding that the majority of the pupils come from disadvantaged areas.

Pulumani said the department would also allow time for schools to catch up on time lost.

He said the minister of education, together with the council of education ministers held a meeting on Wednesday.

“A decision will be made on what steps need to taken regarding matric exams now that the lockdown has been extended,” he said. 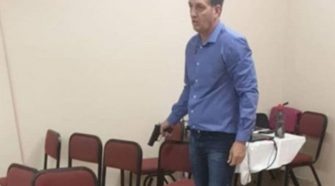