Cyber Criminals a threat during lockdown

I appeal to all road users togive all law enforcementpersonnel their fullcooperation during thischallenging period.

During the National DisasterLockdown, Western CapeTraffic Services arrested 83 motorists for various offences and issued 821 fines worth R 1 337 100. 00 for various traffic violations ranging from driver to vehicle fitness. Other arrests vary from driving under the influence of alcohol, excessive speeding and or reckless and negligent driving thus endangering fellow road users. 107 speeding offences were recorded.

This past week, 27 April to 3 May the Western Cape had a total of 282 integrated roadblocks and vehicle check point operations across the province which resulted in the officers stopping and checking 10 998 vehicles.

Four vehicles were impounded and 33 vehicles discontinued for unroadworthiness.

We also arrested a public transport operator in Laingsburg for trying to bribe a traffic officer. I would like to reiterate that we will not tolerate such behaviour from any motorist who thinks that this is an easy way out.

We will continue with our 24/7 planned operations across our province to ensure that we remove all irresponsible motorist to safeguard the lives of innocent road users and to stringently enforce the Disaster Management Regulations.

For some who have not been driving their motor vehicles since the Lockdown we ask that you ensure that you check your motor vehicle for roadworthiness and as we systematically allow our citizens to return to work, they abide by the Rules of the Road.

It is our responsibility to do our part to fight the spread of COVID-19 and to ensure that other road-users are safe.

Next More than 1600 families will be relocated from Alexandra 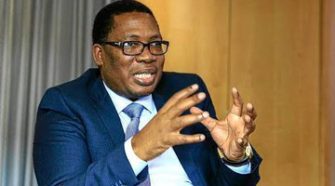 Lesufi lashes out at schools who refuse to avail their boarding